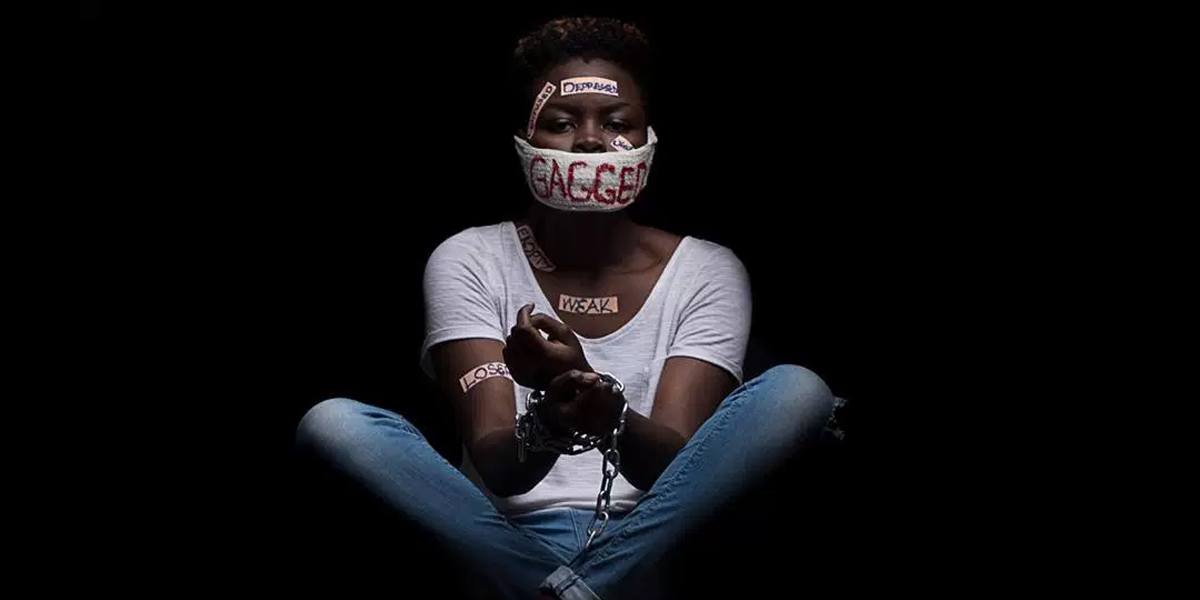 I was raised in a family that made sure to include ‘I love you’ in every conversation. My friends knew the best places to party and I was in a happy relationship. People like me can’t get depressed right? Well, we don’t get to pick who suffers and who doesn’t. Depression is a master with a mind of its own.

There were good days, but most were filled with unexplainable feelings of sadness and worthlessness. Sleep eluded me because it was the last thing on my mind and the line between night and dawn quickly blurred. I would have given anything to sleep and wake up in the morning with positive thoughts. In the past, I would attend one party or another in pursuit of happiness but that stopped working.

“Do you ever feel like giving up on everything and sleep till you forget everything?” I asked a colleague one afternoon.

“Yes, everybody has one of those days,” she answered.

“But what if for someone that’s every day?” I further probed.

“Well, that’s just a negative person. Life is not rosy, but it’s not all bad,” she answered. She said this with so much conviction that I had no choice but to believe her. I let her opinion become my truth because I didn’t know any better and made the decision to keep everything I was feeling locked inside my heart rather than expose myself to ridicule.

Things only got worse from there.

I walked into my office one day and my boss was waiting for me.

”I am worried that you are not very friendly to our customers. In this industry, public relation is key and your social skills are nothing to write home about. We have to let you go if this doesn’t change,” he admonished. One month after that one-sided conversation, I lost my job.

When it rains, it pours. In that same month, my relationship of four years abruptly ended. The person who I had always thought would look out for me said that he wasn’t ready to deal with my ‘mood swings’.

Soon after, my childhood friend of over twelve years who was my best friend and the only person I felt close enough to talk to committed suicide – maybe because we shared the same struggles. Talking to my parents wasn’t an option. I didn’t want to make them feel as if they had failed me. I felt alone yet I was surrounded by so many people.

For three weeks I stayed holed up in my small house without talking to anyone. “Dead people are so lucky they don’t get to feel this bad,” I would constantly say to myself. The only reason I was still holding on was my family. However, I wasn’t sure how long this would remain true. I would make an occasional phone call to my parents just to ease their minds and to remind myself that I was loved, after which I would switch off my phone.

It didn’t take long for my parents to realize what was going on. My mother traveled all the way from the village to see me and let’s just say she didn’t find her happy, beautiful daughter. She was met by a tired, sad lady who didn’t care much about what was happening around her.

My mother, just like me didn’t have any clinical knowledge on depression. She just thought that I was going through a hard time and it would eventually pass. At the end of the day when she was about to leave, she said, “Do you remember how you always loved singing in church? Why don’t you try going back to that?”

I promised her that I would, but I wasn’t sure I was ready to start the whole religion thing.

Surprisingly, a week after my talk with my mum, I decided to attend a church service instead of sitting around all day. I didn’t see the harm in trying but I wasn’t excited about it either. I sat in the back pew where no one could see me and made sure not to shout ‘amen!’ after every three seconds like everyone else around me. How these people could be so happy and energetic was beyond me. I will not lie and say that the sermon that day changed my life, but someone did. After we had said the last prayer, a guy who was sitting next to me turned around and said, “Allow me to pray with you.” I have never asked what made him do it, but I’m glad he did.

Every day for the next two months, this earthly angel took me to every prayer meeting, every bible study and every church service. He taught me that prayer wasn’t about kneeling on a hard surface and crying but about talking to God and letting Him take control of my situation. Prayer became my therapy of choice, and I chose Jesus as a confidant. I can’t say that all my days are full of joy, but I don’t wake up every day with a desire to end my life.

I later came to learn that what I was suffering from was a condition that is referred to as major depression. Some of my friends in the medical field also refer to it as major depressive disorder. This condition has a direct effect on how someone feels about themselves or the direction that their life is taking. Some of the major symptoms of this condition include;

These are not the only symptoms, and having a few doesn’t mean that one is suffering from the condition. Most specialists will diagnose you if you have five or more of the symptoms on most days for a period of two weeks or longer. Depression doesn’t have an age bracket. Children in their teens have been affected as much as adults.

Depression is not a cry of attention as many people believe. It’s a condition that’s manageable through talk therapy or medication. It’s important to seek medical help and not self-diagnose since there are professionals who are able to deal with these illnesses the right way.

Having gone through depression, I understand how hard it can be fighting against yourself. I am not asking for you to do things my way, but I ask that you don’t give up. You will come out of depression stronger if you keep fighting. I promise you it gets better.