The Effect of #IfikieWazazi Hashtag on Teens’ and Parents’ Mental Health 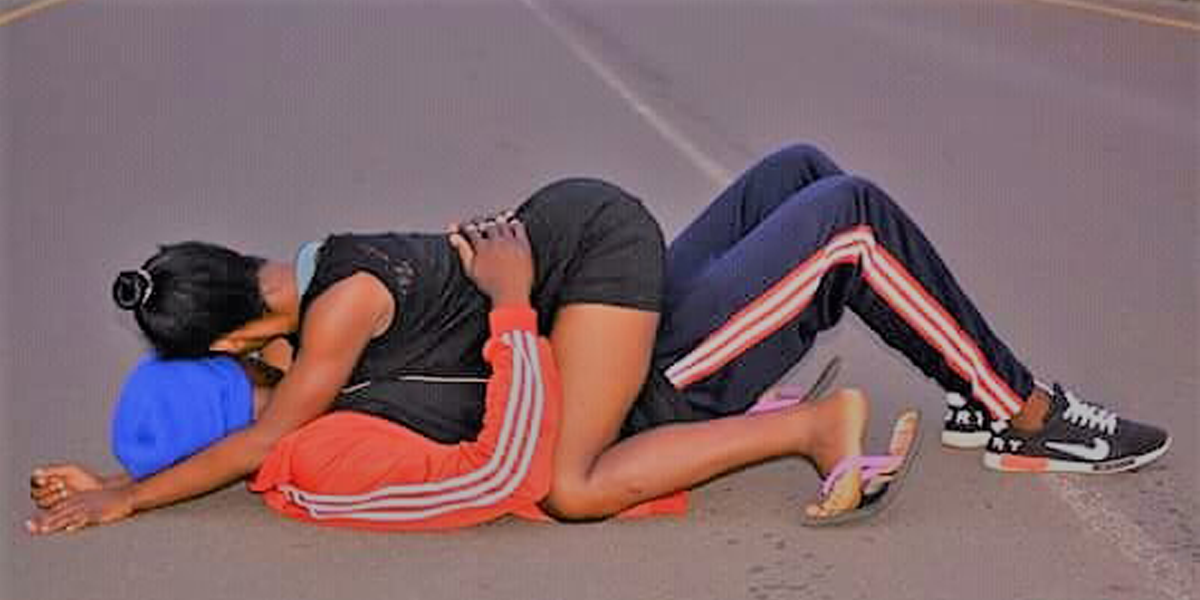 I came to learn about the #IfikieWazazi hashtag three days later and like most people, I was never pleased with what I saw. I scrolled through the many harsh tweets and critical tweeps who said everything negative and condemned these young teens having moments of their lifetimes.

While not endorsing the content these young people posted and really displeased by how they reacted to the hashtag according to an article in Nairobi News, I take no stand on this issue. I neither endorse what they do nor side with those who throw every insult to them. I choose to condemn the act but not the teens. This is because as a teenager, I also did stupid things, and because there was no social media then, people never got to see or hear what I did. I believe this also happened to most people in their teenage years.

I choose not to cast the first stone because maybe if I were a teen now I could have done the same. I could have replied to all the negative tweeps with the harsh language and vulgar in their videos. Maybe I couldn’t have understood the consequences of my actions until one day I find myself in a very respectful situation and then the filth I did in my teenage years blows up. And there I will be, depressed and regretting my actions.

They say the internet never forgets but these young chaps may be too naive to understand that now. So what do we do? Troll them? Cuss them and show them how filthy they are? Do we continuously expose them until their parents get to see their daughters in bended knees on a boy’s scrotum? Should we keep retweeting the same filth we so criticize and post chats of teens and their parents’ online rejoicing of the hashtag’s success? Then what?

I read an article on Soko Directory criticising the move. It stated that we should not blame the younger generation while we, the older people are setting bad examples online? It further stated that our moral hypocrisy is repugnant to the youth. I second this by giving a good example of the media. The same media that airs obscene content is the same that exposes these young people.

An example is this video where Matonya, a Tanzanian is seen peeping into a ladies pants live on TV.

#IfikieWazazi i complained about this incidence where Matonya is seen peeping into a ladies pants live on TV… pic.twitter.com/mpukTwySNq

Another is of Eric Omondi and Chipukeezy, celebrities many young comedians who look up to getting stripped in public.

If people the young people look up to can do such a thing, how do we expect them to behave differently?

The effect of technology has impacted on how these young people react therefore we should not beat our chests of how solid our moral standards were simply because we were not exposed and we never had Nikons and Canons like this generation. And history repeats itself, I am very sure my grandmother told my mum of how spoilt their generation was and quoting statements like, ‘During our time…’

Suppose you are a teen who messed up and had such filthy content online, suppose in your naivety you posed for such photos for fun and you are now all over social media trending in a hashtag and the content in that hashtag is just so harsh, how would you feel? Suppose you are now guilty of your actions and have seen that you were naive whom will you apologize to? Who will see you as a different person? Now that your siblings, parents, uncles, aunties and grandparents have seen your obscenity and you are now the talk in your town about how so and so son or daughter is a rachet, how will your mental health be like?

An article by Sy Mukherjee in the Fortune talks about the effect of cyberbullying on young people. Among them are;

1. Compared to texts and phone calls, social media posts are the most damaging form of cyberbullying.

2. Victims of cyberbullying are almost twice as likely to attempt suicide compared to their peers. This finding doesn’t prove causation, but the strong association is cause for concern.

3. Teen victims of cyberbullying are more depressed, irritable, and angry.

Now to the tweep who retweeted, the person who shared in their statuses, Telegram, Facebook and WhatsApp groups as a way of exposing these young people for the ‘common good’ did they know of the extent of their actions? Did they know that the teen they exposed is twice more likely to commit suicide? Do they now know that the kid might be depressed or is now into drugs as a means of consolation?

What of the parent who struggles to pay fees, to support the kid’s dreams and passions in art e.g. photography? How do they know feel when they get suggestive looks by other congregants on Sunday? How does that mother feel when something pops up in a group she is in and finds out an obscene photo of her son or daughter? How depressing is it for her to feel that she failed as a parent?

What of that hardworking father who is disgraced by his kids? How hard is it for him when that afternoon he lands on Twitter to find something interesting only to find the picture of his son or daughter trending on some hashtag?

KOT need discipline, especially on social media. They need to know the extent of their actions, they need to know that Cyberbullying causes devastating effects on people’s lives. 20+ people commit suicide every day, we need no more of that. We gain nothing by putting faces of young people online because we are exposing them for posting obscene stuff. I urge all those who have posted such to go and delete those Tweets for the sake of the mental health of both the teens and the parents. No one would wish their sibling, son or daughter to be exposed like that.

We urge young people to join us, a community of young people who use their talents and skills to create awareness on mental health. Instead of doing obscene photoshoots on the streets of Nairobi, we can do sober shoots that will help create awareness and help save a life like this one we did here.