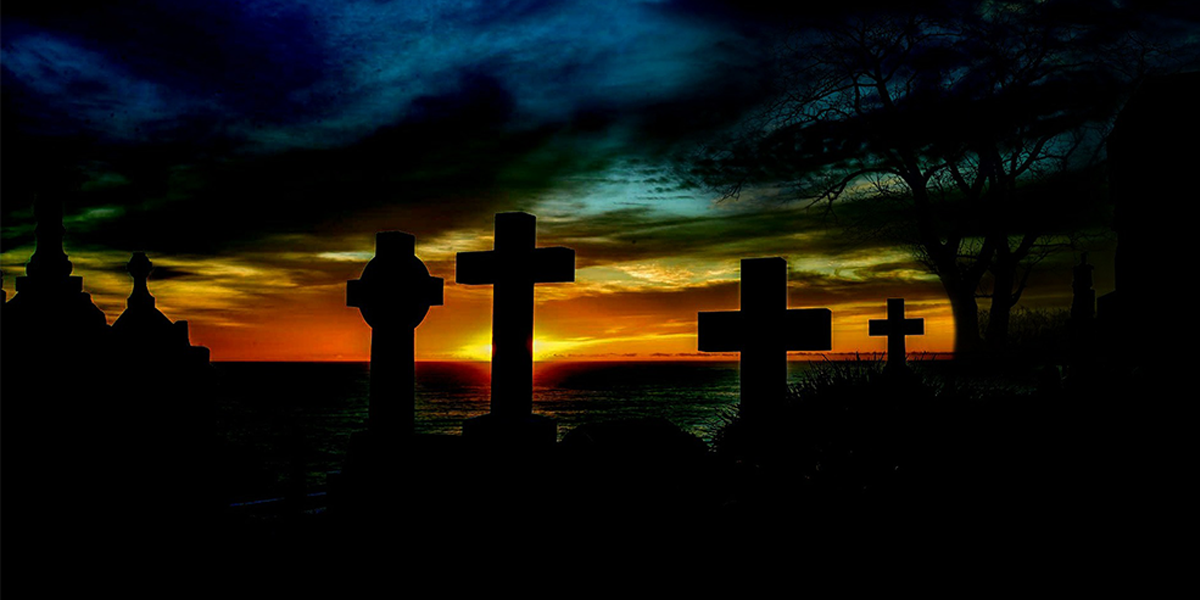 I adjusted my dark glasses and walked out of the car. It had been three years and somehow I felt strong enough to revisit my past. I crossed my fingers that no one would recognize me. I opened the cold, metallic cemetery gate and took slow deliberate steps along the pathway. I can’t really describe what I was feeling or what was in my mind, but whatever it was was nowhere close to pleasant. With every step I took I got closer to his grave – to a dark past, to a sadder reality. I tightened my grip on the tin of liquor I held in my hand.

The mere thought of him made my stomach turn. It was going to be harder than I thought.  I took a gulp of the liquor and my tongue burnt at its warm chilly sensation. I felt a tear fall. Who was I kidding? I missed him – I missed my old man. I yearned for another gulp but somehow I couldn’t bring myself to take it. I dusted the summer dust from his tombstone and read his name out loud. I chuckled to myself at the thought of how many times I had heard that name. I had lost count. I wished I would be able to describe my father better like a normal child who had a normal life would, but I couldn’t. My whole life, I had known my father as a beast with a good heart. Don’t get me wrong; the good heart appears because he never killed anyone. He hurt but never killed.

I had gone to his grave because it was my twenty-fifth birthday, not his death day anniversary. I had some urge to go back home. It had been 3 years. I couldn’t find much to tell my dad’s spirit. However, I found it needful to remind him how much he hurt me and mom. As soon as I started speaking, my rage seemed to drive me to spill it all out.

“Do you remember the day I found you yelling at mom? You saw me enter the room. You know what normal parents would do? They would stop arguing for the sake of their child!” I wanted to walk away. On second thought, he deserved every bit of his death. I hit his tombstone as hard as I could until my fist hurt. By now, my eyes were watery and my voice shaky. “For the record, that day I had gotten a perfect score in my test but no, you just didn’t care!” I had started yelling uncontrollably. I wanted, needed to leave. I emptied my liquor tin and was taking slow steps away. I looked back at my father’s grave and felt hate build up in me.

“My whole life you made me believe that I was the bad luck behind everything. Even you losing your job! I know how you liked my friends – they were always better than me. Why can’t you be like Jim the football Captain? Or how come Greg got a pass and you didn’t? I thought you guys were friends. He was always the responsible one though.” I sarcastically used the fake English accent that he always used on me. I threw the tin at him and shouted,” And don’t you ever think I never knew you were cheating on mom whenever she went on her business trips. I know it all!” I wiped my tears and left.

Once in the car, I felt her gaze. She sighed and started the car. “That went well,” she said. I didn’t want her reading my mind as she always did so I did nothing, just took long, deep breaths of acrid air.it actually hurt my lungs. We were to return to the Correctional Facility. She made a turn and reality hit hard. She expected me to protest but I didn’t want to give her the satisfaction. She made quick glances every now and then and I felt it. We stopped. I opened the door and got out. Does she have any idea whatsoever what she is making me go through? I kept asking myself.

I walked into the house I once lived in. The blast of clean air that hit me carried with it unpleasant memories of an entire childhood. Of all the places in that house, I just missed my room. Everything was the way I had left it; the rope tied to a nail on the ceiling and the stool in place. A familiar suicidal feeling swept over me and I wanted to hang myself again. “Don’t even think about it, tough guy”. It was the officer. Was she everywhere? I ran my fingers on the edges of my bed. I had spent half of my nights under it rather than on it. I sat and held my pillow. I had almost forgotten about the better part of life- my diary. I don’t think they had ever found it. I stared at the officer at the door as I retrieved it. I must admit I felt victorious when a shocked face met my gaze. I answered it with a mischievous smile…ALWAYS KEEP THEM GUESSING, my father’s voice rang in my head.

I was not going to let her in on this one. I slowly turned the pages of my diary, of my life. I felt her approaching.

“That’s it. You asked what it was and I told you.” She snatched it from me.

“Ever heard of the word PRIVATE?”

Fifteen minutes had passed since she started reading my diary. With every page she turned came a sympathetic glare. I laughed. Three weeks ago in court, no one would have seen that side of her. When she was done, she handed it back.

“Why didn’t you ever say all this in court?”

“Would it have made things right? Some things are better left unsaid. It hurts less, trust me.”

“You willing to die innocent?”

“You will die a death meant for criminals and- “

“Tell you what, death is death. We don’t get to choose our deaths ‘cause some of the worst people in this world would die happy. That wouldn’t be too fair, now would it? But then again, life ain’t too fair itself…sucks!”

“I know of someplace you can get help-“

“Help, you say? I wish that help would have come some fifteen years ago. I don’t know, whenever I hid behind my closet because dad was beating up mom. Or maybe when I got bullied at school because my parents did not love me and did everything to embarrass me in front of other kids.  No? How about that time when I couldn’t stop doing drugs simply because nothing was going my way? Let me guess, it was my fault.”

The drive back to the Facility was long and silent. Tomorrow was my day. I was glad for what I requested as my last wish. I would die a happy lad. For once in a long time, I slept peacefully. Maybe a bit too peaceful for a dying man. Whoever thought your last day would be your best?

The next day, the sun was brighter than usual. It would be a great day. Too bad I wasn’t going to stick around long enough to enjoy it. Or was I?

…I hereby sentence you to death by lethal injection. I lay on the bed waiting, thinking. I could hear the priest talking but I was too lost in thought to follow. He was interrupted by an officer. I was to be transferred to a- what? Mental Hospital! I wanted to die. It wasn’t my call to make. I was lead in silence to a waiting car. It was not going to be a great day after all. What was great about someone interrupting your death? That was probably the psycho inside me. This was going to be a tough ride!